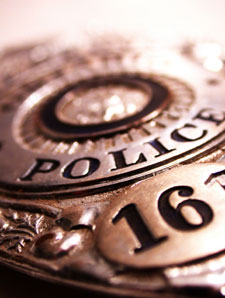 When someone is arrested they are taken to a local law enforcement station for booking. At this time, personal information is recorded about the defendant as well as details about the alleged crime. The arrestee is fingerprinted, a photo is taken, and a background check is performed. Personal property is confiscated and held until the defendant’s release. After booking, the defendant is incarcerated in county jail or station lock-up. More than likely, the arrestee will be allowed to make phone calls from jail. Depending on the size and workload of the jail, the booking process can take between 1 and 24 hours. Large, busy jails take much longer than smaller ones.

If a person does not post a bail bond they are kept in jail until arraignment and possibly until trial. Arraignment is the hearing when the defendant appears before a judge to hear the charges brought against him and to enter a plea. The arraignment usually takes two business days to take place. However, the defendant can be waiting up to five days in jail when weekends and holidays are considered. The arraignment may change to a later date when bail is posted. While on bail, the defendant has time to seek out legal advice and retain an attorney before the arraignment starts. In some cases, a defendant’s job can be at stake and often times the experience of incarceration is traumatic and frightening.

A bail agent charges 10% of the total bail amount to post a bond for the defendant’s release. For example, if the defendant is arrested and bail is set at $15,000 the bail bondsman will charge $1,500 to post bail. The 10% premium is a standard rate set by the California Department of Insurance. All bail agencies are required to charge this 10% premium. However, some agencies are allowed to charge an 8% premium for certain individuals as long as these rates and criteria are filed and approved with the Department of Insurance. Cherry Bail Bonds has an 8% rate filled and approved. Please call for details.